Human Rights Indicators: A Guide to Measurement and Implementation
Publisher: United Nations, Office of the High Commissioner for Human Rights

Human Rights Indicators: A Guide to Measurement and Implementation aims to assist in developing quantitative and qualitative indicators to measure progress in the implementation of international human rights norms and principles. It describes the conceptual and methodological framework for human rights indicators recommended by international and national human rights mechanisms and used by a growing number of governmental and non-governmental actors. It provides concrete examples of indicators identified for a number of human rights—all originating from the Universal Declaration of Human Rights—and other practical tools and illustrations, to support the realization of human rights at all levels. The Guide will be of interest to human rights advocates as well as policymakers, development practitioners, statisticians and others who are working to make human rights a reality for all.

In Northern Europe almost half of households consist of one person. Rates of living alone are lower in the Global South but the trend is still on the increase. Prevalent first among the elderly, living alone then becomes common at ages associated with partners and children. Fears about the end of family and community combine with stereotypes, the ‘sad and lonely’ or ‘selfish singles’, in popular depictions. This groundbreaking and highly original study brings evidence to the core debates about contemporary social change in the context of globalization, exploring individualization and social connection, the future of family formation, consumption and identities, the relevance of place – rural or urban – in mobile worlds, sexuality, belonging and ‘community’, living arrangements and sustainability. This book presents a systematic sociological analysis of the growing trend of solo living across the globe, while also drawing on the voices of working-age men and women living in urban and rural areas in the UK.

This report provides a comprehensive overview of key aspects of population policies and dynamics for 196 countries since the mid-1970s. Updated biennially, it documents changes in more than 40 aspects of Government views and policies related to population size and growth, population age structure, fertility, reproductive health and family planning, health and mortality, spatial distribution and internal migration, and international migration. The report also includes two-page country profiles, with the first page containing information on changes in the Government views and policies and the second page containing data on selected population indicators corresponding to the timing of three major international population conferences from mid-1970s to mid-1990s and for 2011, the most recent revision year.

This bibliography is the second edition to be

published by the UNICTR legal Library and Reference. It continue to show how the ICTR inspired researchers. Only for this edition, 200 titles will be added including books, articles from legal journals, comments and summaries regarding cases, unpublished theses and other relevant titles. The product will serve as a reference tool in locating resources written in the work of the Tribunal.

Abused No More: The Voices of Refugee and Asylum-seeking Women
by Holly Challenger
Published by Independent Academic Research Studies

The book is based on an original study that was undertaken by IARS between 2012 and 2013 with funding from Comic Relief. Through user-led research methods, the book aims to provide much needed evidence on the experiences of refugee and asylum seeking women who have been victims of abuse and power. The locus is London and the service areas that were investigated were health and legal. The findings are staggering and timely. The book also proceeds with a number of evidence-based solutions for government and its services, which have recently been extremely reactionary and political in their immigration policies.

Bad News for Refugees analyses the political, economic and environmental contexts of migration and looks specifically at how refugees and asylum seekers have been stigmatised in political rhetoric and in media coverage.

Through forensic research it shows how hysterical and inaccurate media accounts act to legitimise political action which can have terrible consequences both on the lives of refugees and also on established migrant communities.

Based on new research by the renowned Glasgow Media Group, Bad News for Refugees is essential reading for those concerned with the negative effects of media on public understanding and for the safety of vulnerable groups and communities in our society.

Black Star documents the vibrant Asian Youth Movements in 1970s and 80s Britain who struggled against the racism of the street and the state. Anandi Ramamurthy shows how they drew inspiration from Black Power movements as well as anti-imperialist and workers’ struggles across the globe.

Drawing on her intimate knowledge and extensive research, Ramamurthy shows how the struggle to make Britain ‘home’ led to a broad-based identity where ‘black’ was a political colour inspiring unity amongst all those struggling against racism.

Ramamurthy documents how by the late 1980s this broad based black identity disintegrated as Islamophobia became a new form of racism. In the process the legacy of the Asian Youth Movements has been largely hidden. Black Star retrieves this history and demonstrates its importance for political struggles today.

The International Handbook On Gender, Migration And

The International Handbook on Gender, Migration and Transnationalism represents a state-of-the-art review of the critical importance of the links between gender and migration in a globalising world. It draws on original, largely field-based contributions by authors across a range of disciplinary provenances worldwide.

Migration economics is a dynamic, fast-growing research area with significant and rising policy relevance. While its scope is continually extending, there is no authoritative treatment of its various branches in one volume. Written by 44 leading experts in the field, this carefully commissioned and refereed Handbook brings together 28 state-of-the-art chapters on migration research and related issues.

Handbook Of Research Methods In Migration

The chapters of this interdisciplinary Handbook maintain an introductory level of discussion on migration research methods, and also provide readers with references necessary for those wishing to go deeper into the topic. Covering both qualitative and quantitative topics, the expert contributors explore fundamental issues of scientific logic, methodology and methods to practical applications of different techniques and approaches in migration research. 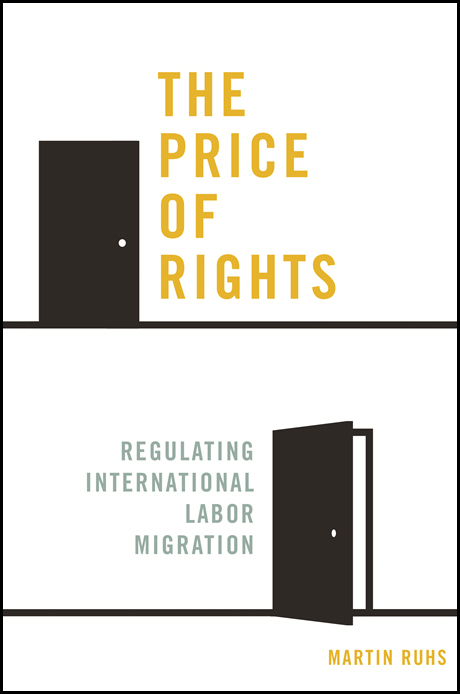 Martin Ruhs analyzes how high-income countries restrict the rights of migrant workers as part of their labor immigration policies and discusses the implications for global debates about regulating labor migration and protecting migrants. The book discusses the tensions between human rights and citizenship rights, the agency and interests of migrants and states, and the determinants and ethics of labor immigration policies.

The Jews of Exeter: An Illustrated History.

In 2013 Exeter Synagogue reached an historic landmark with the celebration of its 250th anniversary. As the second oldest extant synagogue outside London it has a rich history that stretches back to the early 18th century. Evidence exists too for a much older Medieval worshipping Jewish community in Exeter, before their expulsion from England in 1290. By the mid-eighteenth century Exeter possessed a viable Jewish community along with Plymouth, Falmouth and Penzance in the South West, and looked to the future. During this period the four communities all acquired a burial ground and constructed their own purpose-built synagogue. In Plymouth the synagogue is still in use as a place of worship, built a year before Exeter in 1762, and it also has two burial grounds. The Jews of Exeter is the first fully illustrated history on this subject. It opens a window on to Exeter’s Jewish history throughout the centuries: from periods of birth and growth to decline and revival. It focuses on the personalities and figures who shaped the community and who kept the beautiful Georgian synagogue going through difficult eras as well as times of expansion and renewal. Exeter’s gem of a purposebuilt synagogue which dates to 1763 is now a Grade II listed building and is hugely significant in terms of Britain’s wider heritage. The old Jewish burial ground in Magdalen Street on the edge of Bull Meadow was acquired in 1757, and included in this book for the first time is a full list of those buried in the two Exeter Jewish cemeteries, thus providing important information both for genealogists and family historians. Over a period of two and a half centuries the Jews of Exeter have contributed significantly to the wider Devon and Exeter community, including aspects of commerce, business, the arts, politics and civic life. This book will highlight the importance of preserving this unique history and heritage for posterity.

With the unprecedented speed, scale and spread of global migration, academics have an important role in developing new methods, advancing theoretical understanding and producing empirically informed knowledge about the emergence of superdiversity.

We welcome academics from a broad range of disciplines, including anthropology, sociology, social policy, geography, linguistics, history, psychology, economics, medicine, demography, politics, and development studies, policy makers and practitioners to submit innovative papers, panel proposals or posters on any aspect related to superdiversity. Doctoral researchers are welcome to submit their work. The conference will be an opportunity for meeting fellow PhD students and senior academics working on superdiversity.

The conference will include parallel sessions on:

Abstracts should be submitted electronically, using the on-line submission link. The deadline for submitting an abstract is: 10th December 2013. Please read the Call for Papers (pdf) for further details.